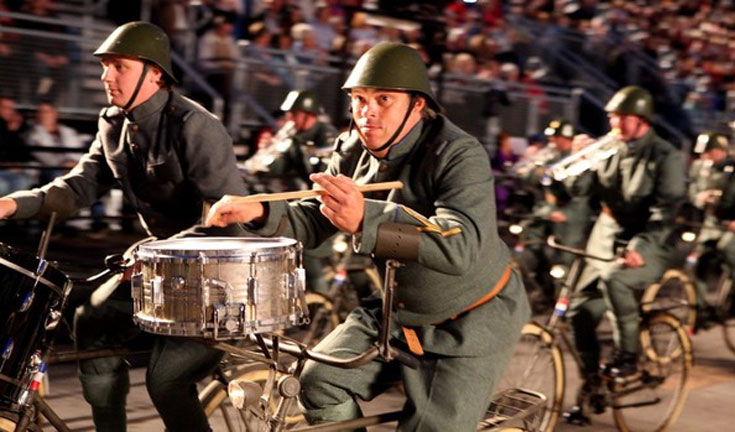 The performance usually set in Edinburgh, Basel and Moscow will soon be hosted in Turin as well, where the military performers will showcase at Piazzetta Reale on 9, 10 and 11 July 2015.

The “Italian Military Tattoo Torino 2015"  is an outstanding parade of international performers, mostly military. This first 2015 Festival will host three or four national military performers and six or seven performers from all over Europe. The musicians will be wearing their uniforms and/or historical costumes and parading in Piazzetta Reale, in front of the Royal Palace with a trial and tested blend of music  and a Sounds and Light element.

Turin, the first Capital city of Italy, has a long established military tradition. Its fascinating and historical atmosphere, with the amazing architecture of the Royal Palace is the ideal framework for both ancient and modern uniforms. It is exactly the military discipline meant as order, accuracy, coordination and self-control, which contributes to change a martial parade into an appealing and creative performance of highly professional and talented musicians from all over the world.

Five performances will take place over three days. The sound of bagpipes and other typical instruments will arouse enthusiasm in the audience any age further to promote Turin among a dedicated public from all over Europe. This festival has in fact enjoyed great success in Switzerland, Russia, Belgium and Scotland (U.K.). The concurrent EXPO 2015 event will contribute to make this performance even more appealing to tourists in the wake of the fame gained by the city through the very rich and  varied cultural options available.

The performance can also be integrated with the inclusion of local bands performing in other locations in town during the three days of the event with collateral theme shows.